Now I was about to type a long ass reply because of anger but I didn’t.

A point was raised in the comments about how condoms are free and he said condoms protect both male and female sexually. So if men and women saw their period it’s fine for it to be free?

Now here is what I think about this tweet.

First of all. Periods and hunger can’t be compared; I don’t know why In his man head he thinks it’s a good comparison but alright.

Now, him saying food should be free if pads will actually buttress the point we daughters of Chimamanda have been making on twitter which is the society hates women.

He also commented that pads are given for free. That’s like once in a year or what. I know of people that cater to these women and gets pads distributed to them and it’s amazing but saying it as if it’s enough (I’m not in any way saying they are not doing enough, they are amazing and I deeply APPRECIATE them) if the government should support these people. Imagine how easier life will get for thousands of girls.

For those who do not completely understand what I’m talking about, allow me to explain what girls in rural areas go through during their period.

Why I cut my Natural Hair, Reason, Reaction, Regrets? Do Men Find Me Less Attractive?

Adolescence is a life-changing time for women, the period lots of changes happen to a girls body, the period she starts discovering womanhood and understanding how her body works.

Thousands of girls in primary school do not fully understand the concept of menstruating because it is seen as a shameful thing to talk about, the stigma associated with it is worse in these rural communities.

There is also a sense of shame associated with the period, a process natural to every woman. SHAME, so before they notice their period they understand that since their mothers are not talking about it, they shouldn’t.

I’ve heard of all sorts that these girls use when they see their period from clothes to the back of maize just to absorb the blood! these can have severe health effects later on. The pieces of clothes used does not absorb blood like pads so instead it gets wet and creates a breeding ground for bacteria infection, itching is also almost inevitable.

Cases of where they share one pad in two are also common and it’s sad that the foundation of womanhood has to be draining to these young girls mentally and physically.

Most of these young girls miss classes for a week or less every month because they can easily get stained in school and will be shamed for it by their peers, they rather stay at home and take care of themselves even with poor water facilities but it will be better than the school.

If contraceptives are accessible for free in clinics and hospitals then the same should be for sanitary towels. The use of contraceptives is optional but sanitary is not. Sanitary should be made free to dignify the womanhood of the young underprivileged African girls who are growing up. Their empowerment begins with the recognition of this primary need in their lives and making sure it does not hinder their education or cause them lifelong health implications. – My Black Matters

It’s really sad when someone says pads should not be free because it’s not a problem to men.

You can support these people by donating sanitary aids or money.

Thank you for helping a girl make her life easier ❤

What’s your take on comparing periods & hunger? Heard of other disturbing things girls use during their periods? Let’s talk and enlighten one another.

HOW TO PACK LIGHT FOR TRAVEL WITHOUT ANY REGRETS

Loving Yourself Before Getting into a Relationship

Being a Nigerian Lady that Might Not Want Children

Where to Spend Your Next Babymoon 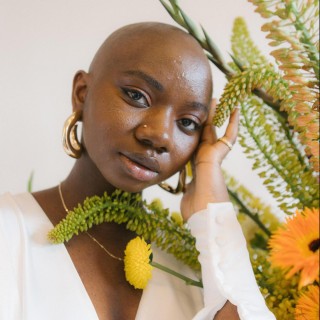